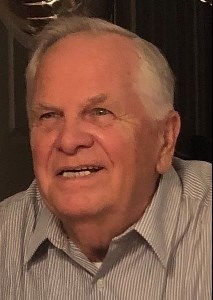 FERNDALE – Joseph S. Cegielski, 83, of Ferndale, PA passed away Sunday, September 11, 2022 in his home. He was born March 11, 1939 in Kintnersville, PA and was the son of the late Ignatius and Helen Lis Cegielski. Joe was a 1957 graduate of Palisades High School. In 1962, he answered the call from the U.S. Army and was stationed at McChord AFB in Washington State. For 47 years, Joe worked at Mack Printing where he had several responsibilities and retired as press room supervisor. He was a member of St. John the Baptist Catholic Church, Ottsville, PA where he served as Eucharistic minister. Joe was proud to earn the level of Fourth Degree Knight on Fr. Stommel Council #4545, Knights of Columbus. With the Knights of Columbus, he served as Grand Knight, Faithful Navigator and Grand Deputy. Joe was a member of American Legion Post #0399, Ottsville, PA. He enjoyed trapshooting and was a member of the Hellertown Sportsmen’s Club, Lehigh Valley Trap Shooters League and Rural Sportsmen’s Association. He will be missed by his wife, Dorothy, of 60 years; his daughter and son-in-law, Bonnie and John Smith; grandchildren, Michael and Christopher; his cousin, Marvin Cegielski and his brother, Thomas Cegielski. He was preceded in death by his siblings, Dorothy Schmidt, Helen Kovacs, Geraldine Zyck, and Lawrence and Edward Cegielski. A Mass of Christian Burial will be celebrated on Monday, September 19, 2022 at 11:30 a.m. in St. John the Baptist Roman Catholic Church, 4050 Durham Rd., Ottsville, PA. Friends may call at the church Monday from 10 to 11:15 a.m. Words of remembrance will be spoken at 11:15 a.m. Interment will be in St. John Cemetery following the mass. Memorial contributions may be made to Fr. Stommel Council #4545, Knights of Columbus, 4050 Durham Rd., Ottsville, PA 18942. Arrangements by Robert W. Snyder Funeral Home, Riegelsville, PA. Robert W. Snyder Funeral Home 327 Easton Road Riegelsville, PA 18077 (610) 749-2421
Eternal rest grant to him, O Lord,
and let perpetual light shine upon him.
May his soul, and all the souls of the faithful departed,
through the mercy of God, rest in peace. Amen.